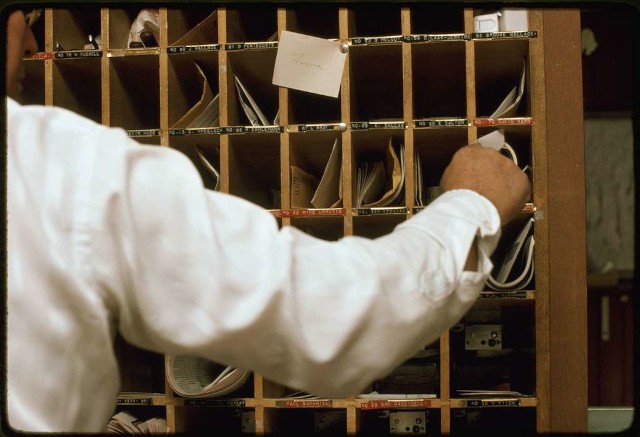 Radix sort is a non-comparative sorting algorithm for sorting numbers or strings. It distributes elements into buckets according to the digits of the numbers or the characters of the strings.

Bucket sort is the basic building block of most radix sorting schemes. It solves the special case of sorting n integers drawn from a small set {0, 1, …, m-1}.

Bucket sort maintains one bucket for each possible key value, puts the elements in their respective buckets, and then collects the elements during a traversal of the buckets.

Perhaps the most obvious implementation is to use an array of linked lists to represent the m buckets. By maintaining pointers to both the head and tail of each list we can insert the elements at the end of a list in constant time, and assure that the sort is stable.

Another possibility, often referred to as counting sort, is to use an array of counters, where each counter indicates the number of elements in each bucket. The final position of the first element in each bucket is computed with a prefix sum computation. With this information available it is possible to permute the n elements into sorted order in O(n) time. One drawback of this scheme is that each character has to be read twice, one time during the counting and one time during the permutation.

The simplest way to permute the elements is to move them into a new array. It is also possible to perform the permutation in place as illustrated in this picture.

If the first element isn’t 0 we move this element into its correct position, and remove the element that resides in that position; if this element equals 0 we are done, otherwise we continue to displace elements until we eventually find a 0 element, which can be placed in the first slot. This procedure is repeated for the next element that has not yet found its correct place.

To perform this sequence of displacements we need to keep track of the current point of insertion for each bucket. This can be arranged using a pointer array of size m. The initial values of this array are computed as the prefix sums of the counter array. Observe that this in-place permutation scheme produces a sorting algorithm that is not stable.

Clustering is present in many kinds of data. We can take advantage of this by treating consecutive elements with a common value as a single unit when moving them into a bucket. Using a linked-list representation it is possible to move this sublist of identical elements in constant time.

Bucket sort inspects each element a constant number of times and visits each bucket once, hence it runs in Θ(n + m) time.

With in-place permutation, it is possible to implement bucket sort with only Θ(m) extra space. However, this implementation is not stable.

Bucket sort is a feasible alternative only if the elements to be sorted take their values from a restricted domain. For bigger numbers we may divide the sort into several stages, using bucket sort at each stage. The most common approach is to start with the least significant digit (LSD). This method was used already to sort punched cards. The algorithm is often referred to as LSD radix sort, straight radix sort, or bottom-up radix sort.

The algorithm, in its basic form, requires all strings to be of equal length. It works as follows.

After step i of the algorithm, the input strings will be properly sorted according to their last i characters.

To implement a string sorting algorithm efficiently we should not move the strings themselves but only pointers to them. In this way, each string movement is guaranteed to take constant time.

In many cases we are able to choose the size of the alphabet (the radix):

The major weakness of LSD radix sort is that it needs to inspect all characters of the input. Another, perhaps more natural, alternative is to scan the strings starting with the most significant digit (MSD) and only inspects the distinguishing prefixes. This algorithm is known as MSD radix sort or top-down radix sort. The special case where the alphabet is binary is sometimes referred to as radix-exchange sort. The algorithm works as follows.

After step i of the algorithm, the input strings will be properly sorted according to their first i characters.

Once again, bucket sort is typically used to implement the sorting at each step. In this case we can use the in-place version of bucket sort, but then the resulting algorithm will of course be unstable.

We want to avoid using a new bucket table for each splitting. This can be arranged if we use an explicit stack to keep track of the flow of computation. The last bucket is treated first and the other sublists to be sorted are pushed on the stack.

The sublists on the stack that are waiting to be sorted are suggested by the dotted line in this figure.

In MSD radix sort the groups may become small while the cost of bucket sort remains proportional to the size of the alphabet. This fragmentation problem can be mitigated by swapping to another sorting algorithm when only a small number of elements remain in a group.

Another drawback is that the stack can be sizable. In fact, in the basic version of the algorithm the stack may contain one entry for each key.

We suggest a simple way to lessen this problem. If both the list on the top of the stack and the list in turn to be pushed onto the stack are sorted there is no need to allocate another stack record. We can simply append one list to the end of the other.

This technique is applicable if the algorithm switches to a comparison-based algorithm to sort short subsequences. If we switch when at most k elements remain in a group, each stack entry will contain at least k elements and hence the total size of the stack will be at most n/k.

In practice, the stack will typically be much smaller. Not only does this simple optimization give a considerable reduction of the stack size, it is also likely to improve the running time. 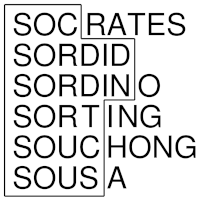 To compute the number of buckets that are visited we observe that bucketing takes place at each internal node of the corresponding execution tree. The number of nodes in this tree could be as large as Θ(S) and hence the worst-case time complexity is Θ(n + mS).

In practice, when using the optimization techniques discussed above, the performance is often much better than could be expected from this worst-case time bound. In particular, the technique to revert to a simpler sorting algorithm when only a small constant number of elements remain is often very effective, even though it does not improve the asymptotic bound.

O(n log log n) time integer sorting
Which sorting algorithm is the fastest? If you count the number of operations needed to sort integer numbers, there is a clear winner. You can sort n integers in O(n log log n) time.
yourbasic.org
Quicksort optimizations explained [complete code]
For a fast implementation of Quicksort, choose a good pivot, use 3-way partitioning, and switch to insertion sort for short sublists.
yourbasic.org